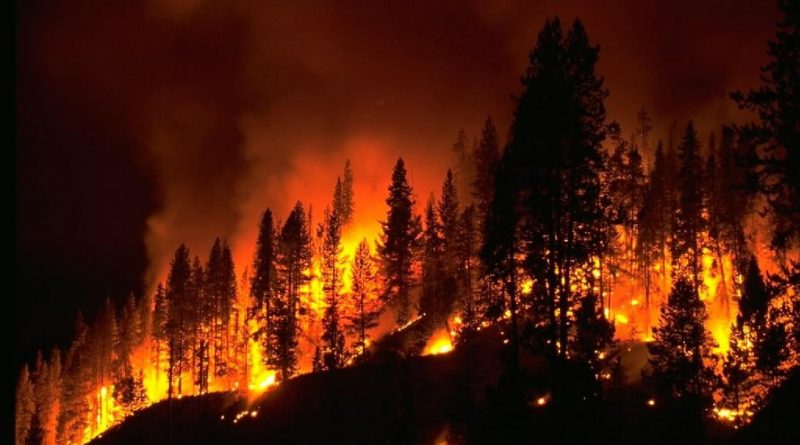 Like every year, with the advent of the hot and dry season, we have to attend, in spite of an environmental devastation caused by fires, which, contrary to what some people think, have much deeper origins than we can imagine.

Undoubtedly, in regions such as Sicily, Calabria or Sardinia, the climatic factor is the one that has a major impact in creating conditions conducive to the development and propagation of forest fires. In fact, high summer temperatures, often associated with strong winds, cause a dramatic lowering of the humidity level of the vegetation, thus creating optimal conditions for the firing of the fires.

For a more detailed information, it is important to emphasize what are the key causes of forest fires. These, as we know, can be grouped into five distinct categories:

Fire of natural origin;
Accidental fire;
Fire of blame;
Fire of Arduous Origin;
Fire of dubious origin;
From a first examination of the statistical data reported in recent years, it is evident that the causes of fires are almost entirely attributable to human action, both voluntary and involuntary.

Totally negligible, in statistical terms, are accidental and natural causes.

In order to have a wider view of the phenomenon, it is therefore necessary to deepen the relationship between man’s action and the phenomenon of forest fires, seeking, in particular, the motivations that push him to put into effect all those behaviors, whether they are The volunteers who gave me, which are the basis of the phenomenon.

According to the information received, it is noted that among the causes of the collapsed, there are both fires from cigarette and match cigarettes, as well as those resulting from lack of control or failure to clean the burnt fires.

In the first case, the incidence of fires that develop along the road networks is far greater than the others. This essentially depends on both the progressive increase in the volume of vehicular traffic and, in many cases, of the absolute lack of proper cleaning of the road borders.

Among the causes of fires due to lack of control or failure to clean up the burning fires, the most recurring ones are the following:

2) Fires caused by breeders or farmers for the cleaning of crops or other;

4) fires caused by the cleaning of the road or railroad fire;

5) Fires caused by gaiters and campers.

But the most prevalent causes of fires and their propagation are “ancient truths such as mountains”: fires arise from the ecological error that has seen man moving away from the countryside and determined by a model Agricultural of industrial type and of a management and tutela of the forests of administrative type.

Removing man from the countryside determined by an industrial model of agriculture;
Management and Protection of the woods of administrative type.
They are the great evil of a concept of “modernity” that has invaded and devastated that ecological fabric, born in the night of times, in which man and nature coexisted in symbiotic form.

It is precisely the concept of agriculture seen only with the aim of the “markets” and the management of the “without man” territory and forests that are causing an unprecedented ecological devastation and which is likely to bring not only the economy Of a country at the time it is manifested but for the coming centuries.

Yet European politics and rural development programs in the agricultural sector speak another language: the language of the “market” and of less and less human agriculture, that is, increasingly mechanized and devoid of the only presence than of human dignity and environment.

Like every year there will be a scourge of responsibility between citizens against politicians and Institutions against Institutions.

The only responsibility lies in the fact that we have delivered ecology (because this must be agriculture and forestry) to economists and business people who do not have the least knowledge of the Economy of Nature which is based on parameters Very different from ROI, ROE, ROS, etc. And improbable Business Plan.

Responsibility also falls on an agrarian school that has formed agronomists and forestry attesting to a science (and hence a technique) far from ecological budgets and ecology laws, realizing an agricultural dream which is instead a nightmare and where the words of diversity , Sobriety and proximity (economic ecology indices) are not part of any corporate and ecological budget.

All European, National and Regional Politics is to be rejected without any appeal because it is based on an unprecedented ecological error from Egyptian history to today.