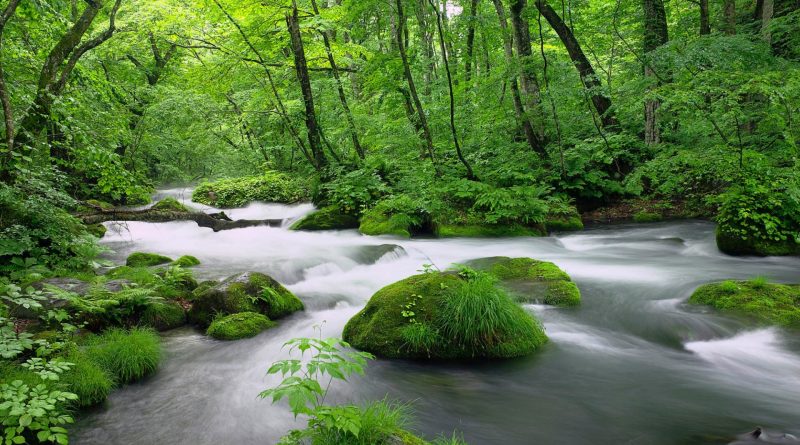 The clean energy we do not use

The mechanical energy of watercourses is known for a memorable time. It has been used since ancient Greeks and Romans as a primary force to operate mills to grind grain and other cereals. Likewise in other parts of the world and with similar systems they made different populations with windmills and later (Low Middle Ages) with the development of new solutions and technologies that have allowed a significant improvement of the energy extraction devices, Enabling more efficient use.
The water stream energy has thus been “extracted” by the hydraulic wheel “from below” or “from above” in the case of the use of wheels that exploit the kinetic energy of the watercourse (being in part Immersed in it) or wheels that exploit the potential energy (receiving water by drop).
In modern times, the exploitation of watercourse energy has changed dramatically with respect to historical solutions, but the principles underlying old plants are found in modern hydroelectric plants, as well as significant similarities between modern turbines Hydraulic and hydraulic wheels.
Today, a modern hydro-electric plant can be of three types:

These three types of plant have distinctive features that make them suitable for particular situations and operating conditions in the overall scenario of electric power production and, above all, in our country, can solve different ecological and morphological situations.
We are talking about plants that can produce electricity with a maximum installed power of 100 kW or around these values.
We are talking about the incredible potential of hydro-electric power to produce energy from water and to solve, to a large extent, two major issues of Italian agriculture.

How to speak in a figurative manner: two pigeons with a bean.
Yet in our country morphologically fit for this dual energy use (because even water alone is energy in the form of biological potential) there are practically no “series” incentive policies that allow farms to access funds or mortgages facilitated For an incredible resource we have at home and pretend we do not know.
In short, we are talking about installations that do not have high costs but are of great benefit to the whole community (not just agricultural) because few people know (or pretend they do not know) that much of the particulate matter produced by conventional farming engines (tractors, .) Then go to the ground and the fruits and vegetables we eat.
The clean energy generated by these types of plant would only eliminate one single set of issues that are overwhelmed or overly overlooked.
A hydro-hydropower plant exploits the potential energy owned by the stream of a stream. For very small installations (2-3kW), the turbine, which is the main component of a plant, can be housed directly in the water, while larger plants use special civil works such as canals of Feeding tanks, loading tanks, forced pipes, etc., which take part of the water from the course current and after crossing the turbine is returned to the water stream downstream.
The cost varies with the installed power and therefore with the related civil works to be carried out (grips, canals, charging tank and forced conduct).
For plants below 3 kW, there are very low installed costs per kW, while for larger plants the costs increase per kW installed, this is due to the additional cost of the civil works to be carried out.
The investment return time is between 5 and 10 years, depending on the size of the plant. For power below 10kW, the return time is less than 6 years. For a plant with an installed power of 10 to 100 kW, the return time is 10 years.
Electricity generation through hydroelectric plants excludes the use of any fuel, thus removing greenhouse gas emissions and other pollutants.
In the general context of our country, therefore, a specific measure could be devoted, for example, to access to credit facilities (which would be repaid in a few years) and would allow for greater water resources to be used in agriculture (and not to Civil uses) and clean electrical availability.
It is difficult to make an estimate of hydroelectric power that could be produced but if we add to this the increased water availability that this project would bring then the numbers become big and important.

The question we are asking is: the policy on everything that does?