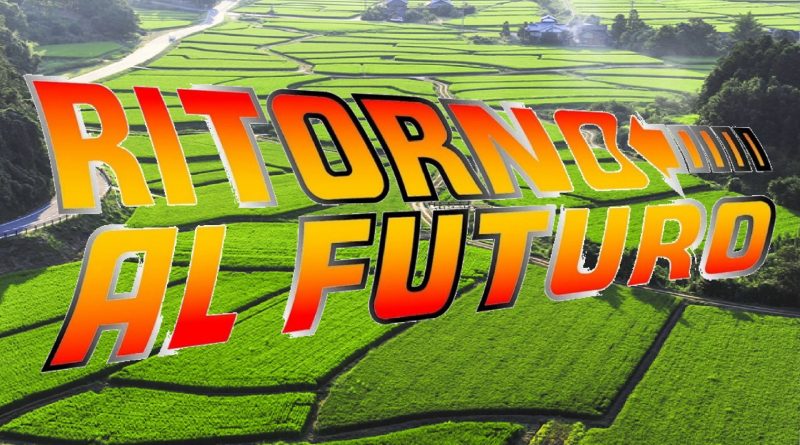 Agriculture: Back to the Future

As in the famous film produced by Steven Spielberg: “Return to the Future” in 1985, directed by Robert Zemeckis and played by Michael J. Fox and Christopher Lloyd also for agriculture began the great revolution that will give a new Faced with the oldest human activity.
And it is true that this is about 10,000 years old, forgetting the black and black period that goes from the end of World War II to today, with the illusion of industrialized agriculture, exasperated mechanization, chemistry and poisons To control the “ecological mistake” of Man, then we are going to, even in the thinning of the fog of cultural, scientific and technological reduction to a real and real Future of Agriculture.
A Return to the Future at Steven Spielberg, where the shots and “what you do not expect” will be on the agenda and where the consequences and the seeming paradoxes will reconfigure the whole scaffold of the most fascinating of human activities: Agriculture.

Already, statistical data tells us about a combination: Agriculture and innovation, which is under the eyes of everyone: it is about young people and employment. A lot of the guys who today have decided to invest their future in agriculture. These are not groundless theories, but concrete facts made of unmistakable numbers: just think that today, only in the South, there are 26,587 businesses run by under 35, or 52% of those in Italy.
Dreams, hopes for ideas, want to reinvent themselves and invent – as we often repeat – innovating. Many of them have started their business in agriculture, thanks to the traditions handed down by their ancestors and have decided to renew these traditions, thanks also to technological advancement and study. Many of them, in fact, are young graduates or have followed a course of study that has allowed them to apply in agriculture.
Innovate, reinvent, create: young farmers are young people who, thanks to creative ideas and above all innovative, have been able to do business and create job opportunities.
But behind this innovation that many paint as technological, futuristic, innovative there is much more: there is a new feeling that, over the exquisitely technological plan, is developing and is becoming more and more form in a technology that is not But that will drag you with all the visions we’ve come up with here or somebody with great economic interests in the industry (see multinationals) would want to understand.
We are talking about a new holistic vision of Life where agriculture will only become an application appendix.
This new holistic vision is developing precisely from feedback generated by past mistakes, where the ecological crisis, environmental emergencies, and the suffering of entire populations are the product of an erroneous and misleading anthroplodic equation.