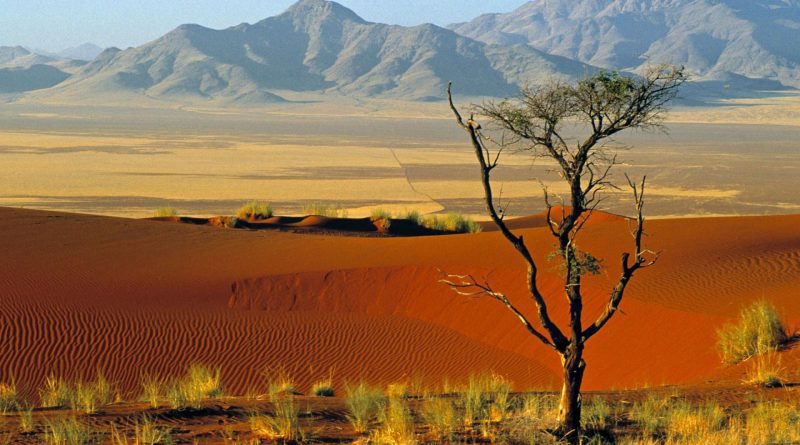 Erosion of the Soils of the World

An accurate FAO study has shown how the soils are in danger, even if deterioration is not irreversible, but politically needed safeguards and recovery policies need to be implemented.
According to the FAO study, soils in the world are rapidly deteriorating due to erosion, exhaustion of nutrients, organic carbon loss in soil, waterproofing and other threats, but this trend can be reversed if Countries are committed to promoting sustainable management practices and the use of appropriate technologies.
The Soil Resources State in the World has been produced by the FAO Intergovernmental Technical Group on Soils that has brought together about 200 experts from 60 countries.
Soils are essential to produce rich nutrient crops, filter and clean tens of thousands of cubic kilometers of water every year. By using large carbon tanks, the soils help regulate carbon dioxide emissions and other greenhouse gases, and are therefore fundamental to regulating the climate.
However, the main conclusion of the report is that the majority of the world’s soils are in discrete, mediocre or very negative conditions, and in most cases the situation is getting worse. In particular, 33% of the land is moderately but not highly degraded due to erosion, salinisation, compaction, acidification and soil contamination.
If this trend is not reversed, further production land losses will seriously damage agricultural production and food security, increasing food price volatility, and potentially pushing millions of people below the hunger and poverty threshold. The report, however, shows that the loss of resources and soil functions can be avoided.
Among the changes in the soil condition, it is also worth mentioning the demographic growth and economic growth, which are estimated to remain in the decades to come.
The report highlights that today more than 35% of the earth’s surface – not covered by ice – has been converted to agricultural use in order to feed a population that has reached 7.3 billion people. The result is that the private lands of natural vegetation to accommodate uneconomic crops or pastures suffer drastic increases in erosion and heavy losses of carbon, nutrients and biodiversity.
But also urbanization is having a substantial weight. The rapid expansion of cities and industries has contributed to the degradation of increasingly large areas, partly by contaminating soils with excessive amounts of salt, acidity and heavy metals; Squeezing them under heavy machinery; And permanently sealing them under asphalt and cement. 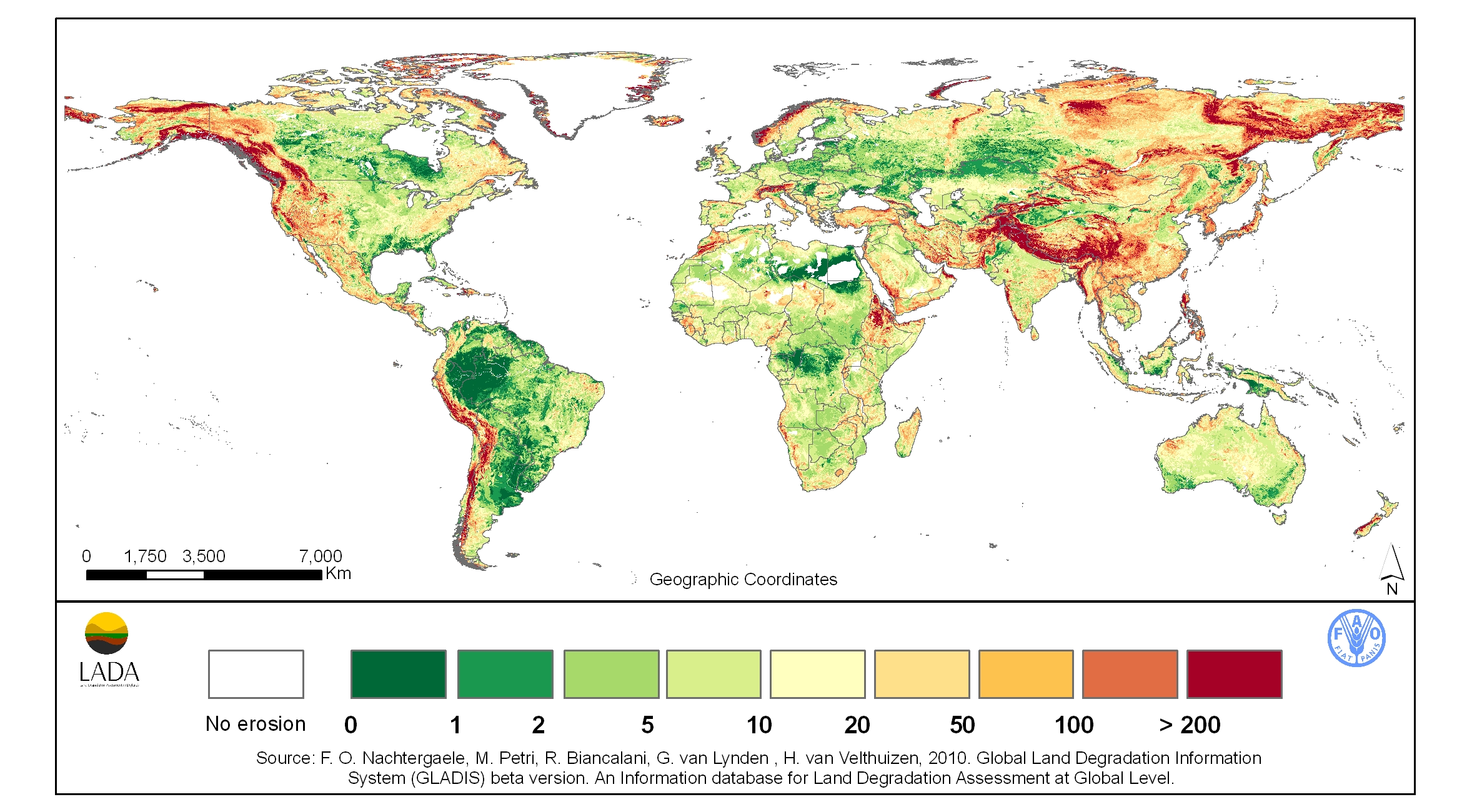 To this, you must add high temperatures and events related to extreme climatic conditions such as droughts, floods, and storms affecting the soil’s amount and fertility in a variety of ways, for example by reducing its humidity and impoverishing the upper layers of nutrient-rich soils.
The report focused on the 10 major threats to soil functions: erosion, organic carbon loss, nutrient imbalance, acidification, contamination, impaction, compaction, waterproofing and loss of biodiversity.
The worst thing in this context is that there are no unusual strategies at the political level.
The solution must be that of strong governmental guidelines on sustainable land management, and therefore involve the participation of a wide range of stakeholders ranging from governments to small peasants.
In the agricultural sector erosion can be stopped and even reversed only if it is reconsidered globally to a new generation agri-food model and strongly synchronized with eco-sustainability principles.
From the findings of this report, four priority actions have been identified:

Promote the development of soil information systems to monitor and anticipate their changes;

Erosion takes between 25 and 40 million tons each year, significantly reducing crop yields and soil capacity to store and recycle carbon, nutrients and water. Losses in annual cereal production due to erosion are estimated at around 7.6 million tonnes each year. If no action is taken to curb erosion, a total reduction of this production of more than 253 million tonnes can be expected by 2050. This production loss would mean removing 1.5 million square kilometers of land from agricultural production – equal to Almost the whole arable area in India.
Lack of nutrients in the soil is the main obstacle to improving food production and soil functions in many degraded environmental contexts. In Africa, all three countries, except three, extract from the soil every year more nutritious than those that are returned through the use of fertilizers, agricultural residues, fertilizers and other organic materials.
The accumulation of salts in the soil reduces agricultural crops and can completely block production. Human-induced salinity affects about 760,000 square kilometers of land worldwide – a wider area of ​​the whole arable land of Brazil.
Soil acidity is a serious limit to agricultural production around the world. The most acidic surface layers in the world are in those areas of South America that have suffered deforestation and intensive agriculture.
From this data and information, therefore, a worrying situation is emerging, but the more worrying is the lack of policy strategies in this area and, above all, the absence of parameters / scores suitable for investment measures in some European Union countries (including Italy) in PSRs. The result is that it continues to be an agricultural and agriculture enterprise still with a model passed and that only works for the GDO and strongly affects man and the planet.